In honour of the late Dr. Tony Whitten, the Raffles Bulletin of Zoology has just published a special Memorial Issue showcasing articles celebrating Tony’s career and new species or genera named after him. Project Limestone researchers named one new genus and one new species after him. 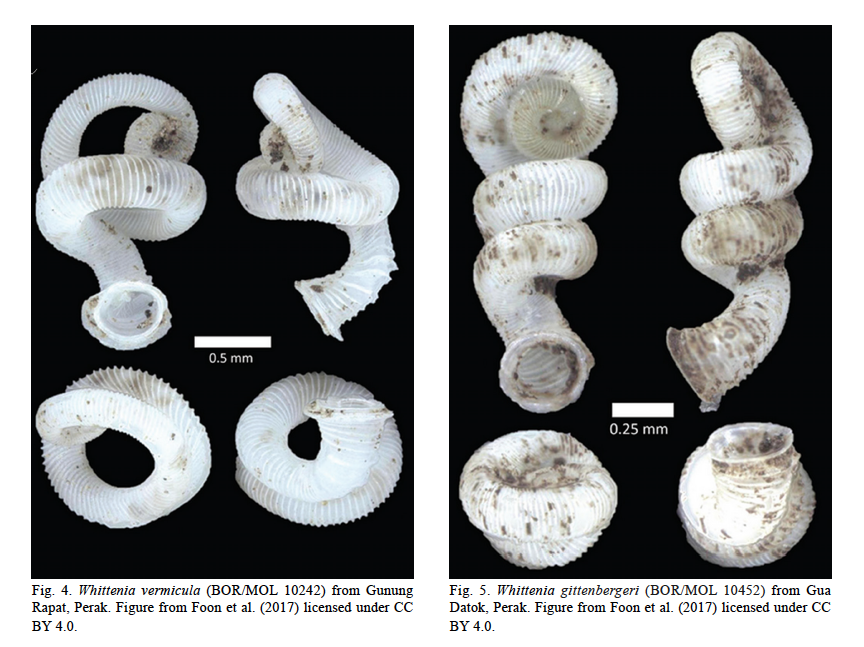 Tony was an avid supporter of Rimba’s Project Limestone. Up to his last day, Tony was still trying his best to bring scientists like us and the cement industry closer together to explore how limestone biodiversity can be better protected (see Tony in action in this video: min 27:37 onwards).

In one of our papers (download PDF here), Project Limestone’s Liew and Reuben named a new land snail genus after Tony. This unique group of irregularly coiled species was previously described under a different genus based on their morphology back in 2008. One of these species was actually featured in the New York Times and was voted by the International Institute for Species Exploration as one of the top 10 species discovered in the world in 2009!

Twelve years on, with more sophisticated molecular tools available, the authors have found that this and another species should belong in their own new genus. Hence, this new genus was named Whittenia in recognition of Tony’s remarkable contributions to conservation. Both these land snail species, Whittenia vermicula and W. gittenbergeri are known only from limestone hills of the Kinta Valley in Perak, Peninsular Malaysia.

In another paper (download PDF here) from the same Memorial issue, Junn Kitt and an external colleague Mohammad Effendi Marzuki published the discovery of two new land snail species from the genus Rahula. They dedicated one species to Tony (Rahula tonywhitteni) and another to Dr. Lim Boo Liat (Rahula limbooliati), both of whom have been inspirational to Junn Kitt in his pursuit of land snail research and conservation. 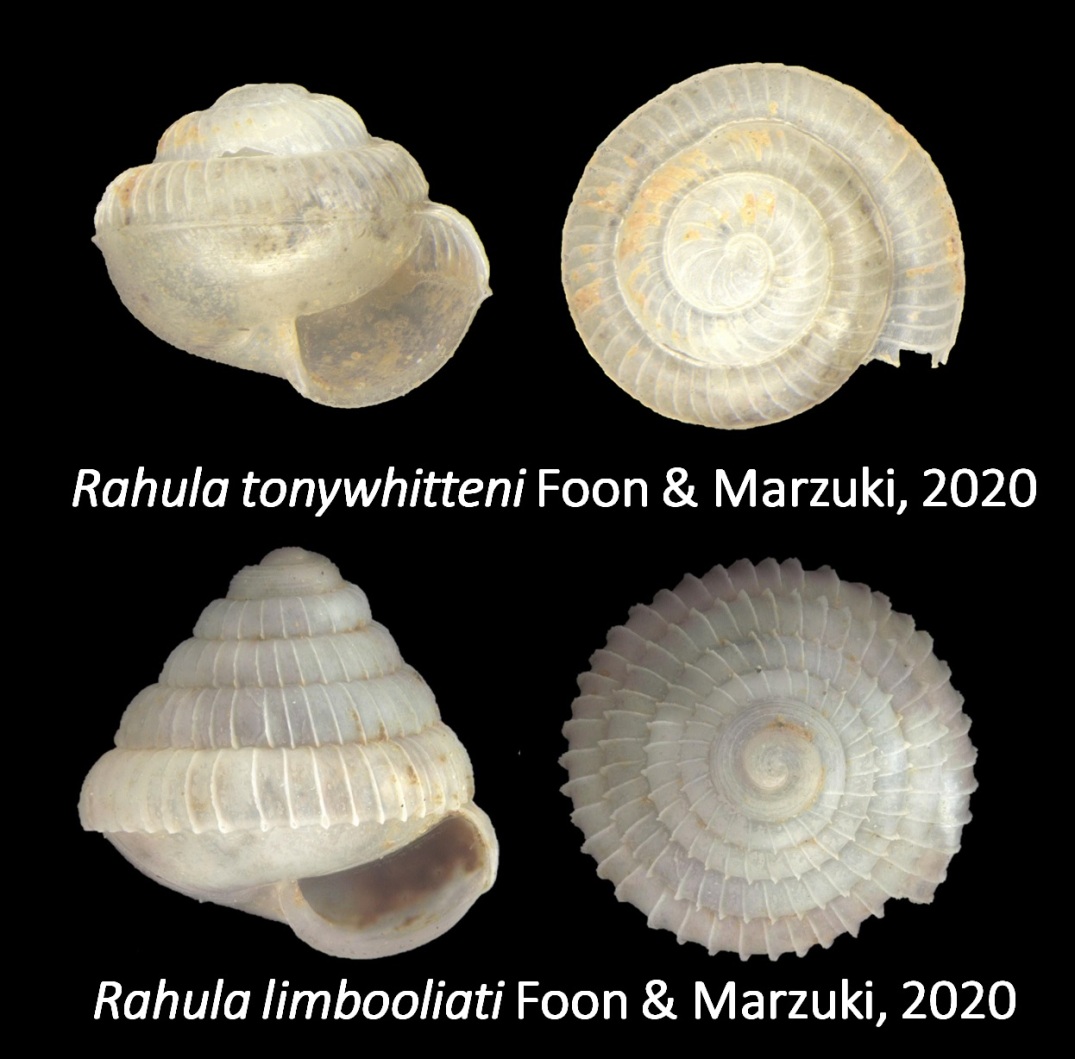 These discoveries were made during a land snail study conducted in Perak in 2016 by Universiti Malaysia Sabah in collaboration with LafargeHolcim Malaysia (now under YTL Cement). These new species would not have surfaced if not for the willingness of the cement industry to engage with researchers to bridge the science-management divide for limestone biodiversity conservation, an issue that was very close to Tony’s heart.

It’s October! Which means...it’s officially #BatAppreciationMonth! And, as promised, we’re excited to announce that the #ProjectPteropus Fruit Bat Shop is finally open! Yay! Visit https://fruitbatfundraiser.com/shop or hit the link in our bio to be a Fruit Bat Advocate!
Thanks to everyone who has supported our #FruitBatFundraiser, we've now exceeded our original fundraising target! Thank you SO MUCH to everyone who chipped in - we are truly grateful and humbled by your help 😭😭😭
What are the bat swag bundles?
#DidYouKnow bats are the only flying mammals in the world! While most bats eat insects, fruit bats feed on plant parts such as fruits and flowers, making them both #pollinators and #seeddispersers — a unique dual role that’s crucial for maintaining the health of our rainforests, mangroves, peat swamps, and fruit trees.
#ProjectPteropus would like to express our heartfelt thanks to everyone who has supported our #FruitBatFundraiser so far. Thanks to your help, we’ve already surpassed the halfway mark for our target!
On this day in 1957 the Federation of Malaya gained independence from the British. It wasn't until six years later, on 16 September, that it came together with Sabah, Sarawak, and Singapore to form a new country: Malaysia (Singapore left two years later).
Loading Comments...