Sheema completed her PhD in Ecology last November, when she successfully defended her thesis at the Jardin des Plantes in Paris. Now comes the good part: sharing the results, data and information from her research! We’re happy to announce that 2 new papers from her thesis just got published this month.

Fruit bats are important ecosystem service providers, pollinating flowers and dispersing seeds over long distances. Instead of protecting these useful flying mammals however, humans are threatening their survival through hunting and persecution.

Finding out what flying foxes eat is a first step towards discovering what flowers they pollinate and what seeds they disperse. This will help strengthen the cause to promote their protection. Project Pteropus started investigating this question in 2015, and now, the results of the analysis are finally out! We’ve made a first start towards answering the question of ‘What do the Tioman Island flying foxes eat?’ 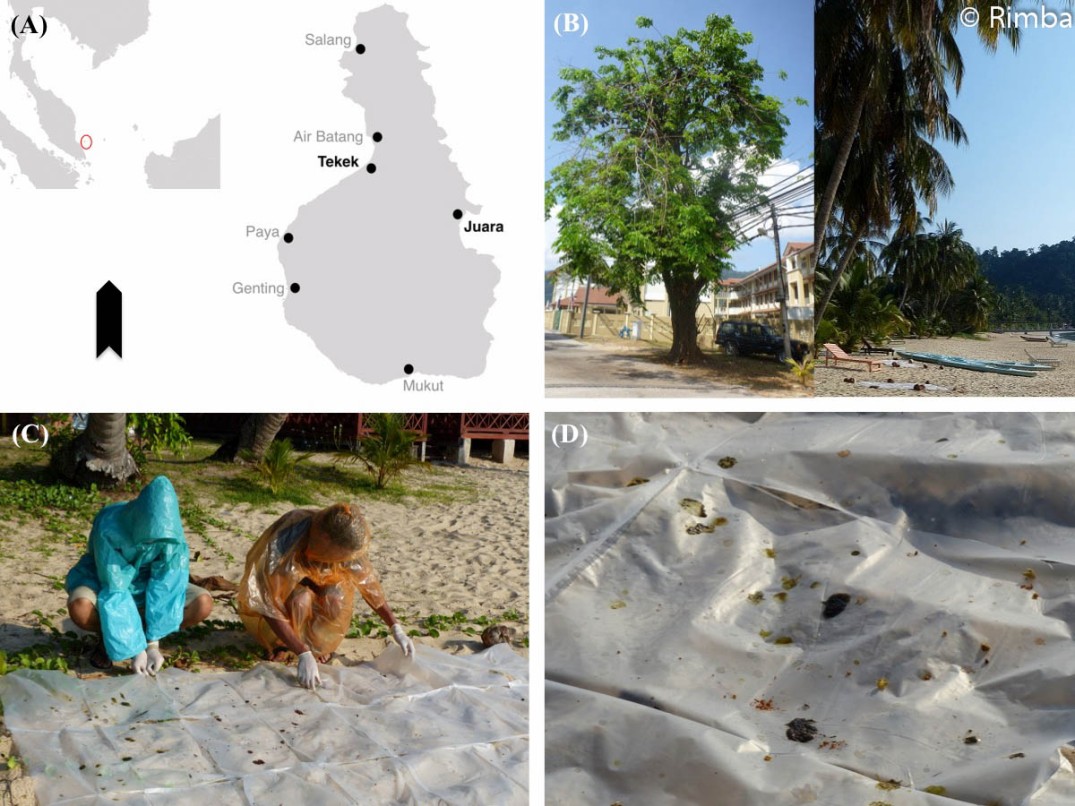 We tried out two different methods: microscope analysis and metabarcoding. In the first method, pollen grains, seeds, and other plant parts that were undigested were identified under a microscope.

In the second method, we extracted plant DNA from the bat droppings, carried out high throughput sequencing, and based on the sequences obtained, identified the plant taxa found in the droppings.

However, microscope analysis identified the actual plant parts that were consumed – something that metabarcoding cannot do. Hence, neither approach is necessarily better than the other, but should ideally be used in combination to improve identification of flying fox diet.

The metabarcoding analysis of flying fox droppings over 8 months found that wild figs were the food item most commonly and abundantly consumed by the Island Flying Fox on Tioman.

Thus, our study concludes: “This strongly suggests that figs compose the core diet of flying foxes on the island. It is thus highly likely that the island flying fox plays a key role in dispersing fig seeds throughout Tioman, making these bats important keystone species for the island.” DOWNLOAD THE PAPER TO READ MORE.

But what about the relationship between flying foxes and humans?

Our diet study also found that when mangoes are in season, these fruits also form a major component of flying fox diet. And since mango trees are grown by people in villages…this presents the potential for human-flying fox conflict to arise. So Project Pteropus conducted a social science study, in the form of a questionnaire survey, to find out more about the situation in Juara village. 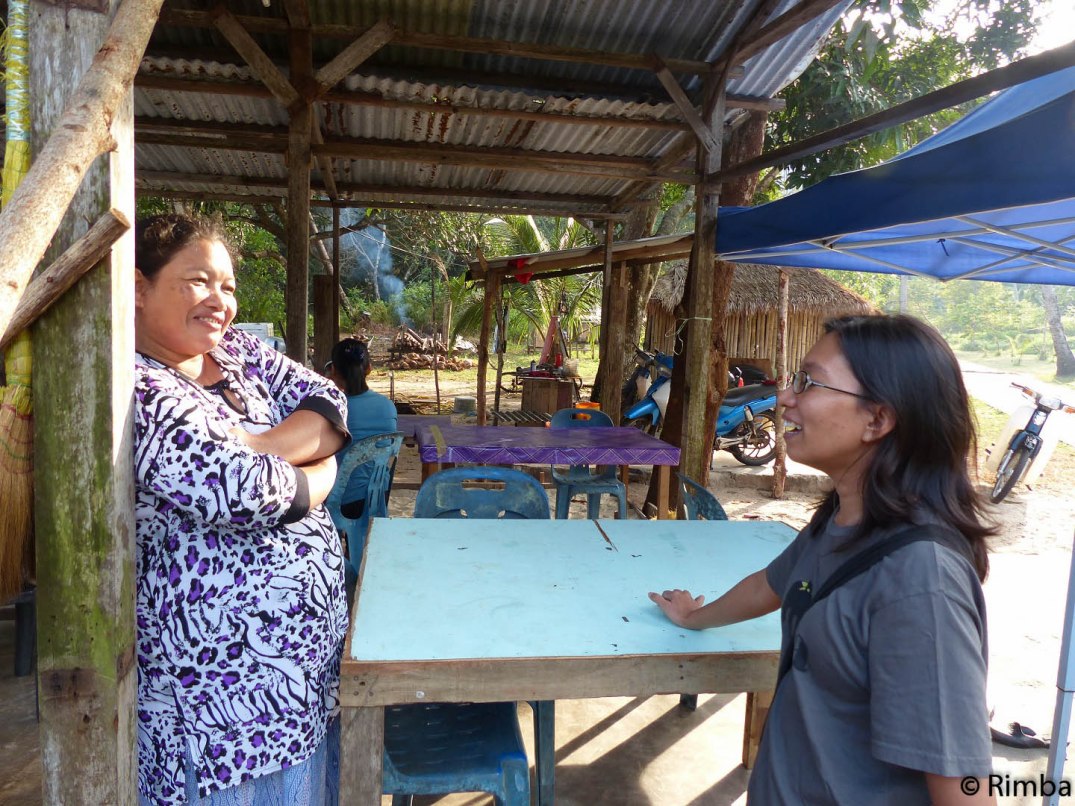 What do the human neighbours think of living with fruit bats?

Well, for a start, most of the local people who have flying foxes as neighbours don’t know that flying foxes are important pollinators and seed dispersers. In fact, most people have a negative attitude towards these bats.

This study shows us that in Juara, negative local attitudes towards flying foxes are due to shared living space, low awareness of bat ecosystem services, and fruit raiding. But on Tioman Island, the future of flying foxes is quite promising if appropriate conservation action can address these issues.

From this study, we conclude that: “By using a combination of awareness, mitigation and tourism, it may yet be possible to effect positive changes in attitudes and behaviours, engage local communities positively, and produce a win-win conservation outcome.” DOWNLOAD THE PAPER TO READ MORE.

And that’s a wrap!
Our #FruitBatFundraiser by #ProjectPteropus ends today - you helped us raise
🚩 FUNDRAISER UPDATES 🚩
Thanks so much everyone for sharing/participating in our #SpotTheKelawar Challenge in celebration of #BatWeek2021!! We hope you enjoyed learning about the cultural symbolism of bats in #Malaysia and #Singapore, and hopefully you’ll start noticing more and more bat motifs all around us! 🦇
And finally, to wrap up #BatWeek2021, we’re incredibly excited to announce the ‘Incredible Bat Tales from the Asia-Pacific’ map designed exclusively by Rohan Chakravarty of @green_humour for #ProjectPteropus!
Our final #SpotTheKelawar post: Can you spot the ‘siku keluang’ motif in the batik design of these #HariRaya money packets? This was exclusively designed by Malaysian artist @harisrashid for #ProjectPteropus this year for our #Raya giveaway, and they’re also available for purchase at our Fruit Bat Shop! https://fruitbatfundraiser.com/shop/
Loading Comments...